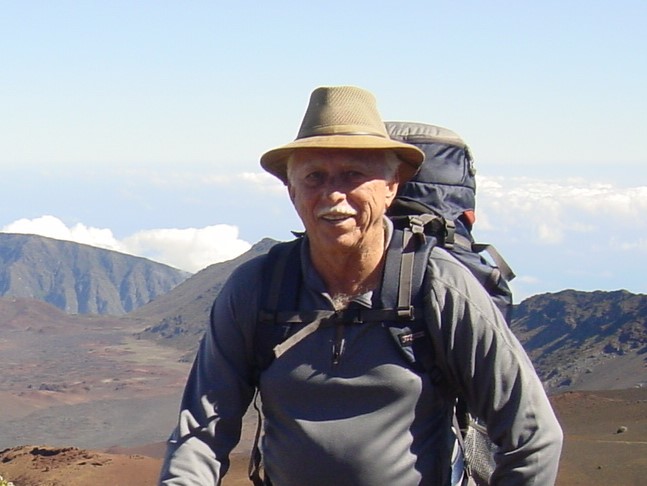 When did you START hiking and WHY do you continue to pursue hiking?

As a Boy Scout and Explorer Scout in my teen years, I was exposed to camping and hiking in Hawaii’s wildlands. We camped and hiked at Pupukea, Bellows Field, in Maunawili and even on the neighbor islands.

Here’s a story from that time:

As an explorer scout, I got to spend a few days of survival training with the Army’s search and rescue team in their training area above Schofield. We learned to repel from steep cliffs and cross valleys on a zip line. On the first day, we had to build our own shelter from materials we could find in the forest and our dinner meal was equally as austere. They brought us some basic fire-starting material and live chickens. It was quite late into the evening before we had the chickens processed and on a stick over the fire.

One summer, as a reward for spending a few weeks at Pupukea as a camp volunteer, our scout leader took my friend and me on a hiking trip. We were to hike up the Castle Trail in Punaluu and make our way along the summit to Pupukea where his wife was to pick us up. At our first intersection after reaching the summit, there was a sign that said “To Kahuku”. We wanted to go to Pupukea, so we decided to go the other way. It got dark soon enough and we had to spend the night on the muddy trail unprepared for a sleepover.

In the darkness we could see lights in the distance and may have figured that we were looking down on Central Oahu. In the morning, we continued in the same direction, hoping to reach civilization and a telephone before the day was over. Finally coming down from the mountains and walking through pineapple fields, we realized that we had just hiked the Poamoho Trail.

Can you share a memorable experience hiking OUTSIDE of Hawai’i?

I’m not much of a traveler but did get as far away as New Zealand in 2004. About a dozen of us from the Solemates group signed up to hike the Milford Track, taking the “tea and crumpets” version where they provided the transportation, cabins, meals, and program. After Milford, we spent two weeks touring South Island, staying at many different places, and doing a few other hikes. Over the past ten years I’ve been on more than a half dozen hiking trips with HTMC/Solemates people to Yosemite, Oregon, Washington State, and once to Death Valley.

Among the most memorable times in my life are those hiking trips we took to Kokee on Kauai and KMC (Volcanoes National Park), not to mention joining Joe and Ruby Bussen a few times on their Haleakala adventures. I cannot forget the time we stayed at Polipoli Spring and hiked the Skyline Trail to the Haleakala summit on a trip organized by Richard McMahon and Fred Boll. Peg Foster, Bill Gorst, John Hall, Lynn Nolan, George Shoemaker, and Vince Soeda were among the old-timers who had joined us on these trips. There were many others like Brian Fagan, Willie Williamson, and Jeanne Furukawa who shared my enthusiasm for these fun times.

Can you tell us a little about the SOLEMATES group?

Solemates was organized by John Hall over 20 years ago for some HTMC people who wanted easier hikes, then led by David Frost and Roger Sorrell until they moved to San Diego in 2007. Since that time (nearly 15 years ago), I’ve coordinated Solemates hikes and neighbor island trips. Because I was also on the HTMC board at the same time, I tried as much as possible to keep Solemates and HTMC separate and not use HTMC trail access privileges for Solemates hikes. Pre-pandemic, Solemates had close to 500 recipients for its weekly hiking emails.

Do you remember WHEN you joined HTMC?

After college, raising a family and earning a living kept me busy enough that I don’t recall any serious hiking until I retired in 2000. I walked around my neighborhood for exercise in the first year and joined HTMC in 2001. I may have heard about the club on one of my boy scout adventures, so joining was something I had always thought to do.

HOW have you been involved with HTMC over the years?

Having experience in construction and project management, I thought I could contribute to the operation of the clubhouse and the property and became the Clubhouse Chairperson. When planning for the clubhouse renovation started, I had favored putting up a new building, but agreed to lead the effort for a remodel in support of the many old timers with nostalgia for the old building. The renovation work started in 2008 during one of the worst recessions in recent years, which meant that we had to quickly juggle our investment funds to cover the cost and still have a balance in our account. I was HTMC president at the time of the renovation and served a second term, being the president during our centennial year.

Do you have a FAVORITE trail or area of O’ahu?

I used to say Kuaokala because the pine trees and surrounding landscape made it look like you were away and not in Hawaii. Today, I might say that the Kaunala Trail is a favorite because I find the Pupukea hills a great get-away with little if any signs of human activity for as far as you can see.

Most memorable is the 4,000-foot climb to the top of Mt. Kaala on the Dupont Trail. Many of our extreme hikes become possible when you have good company who can “talk” you through to the finish and share the pain. And that I had.

What do you usually BRING on a hike?

My pack is usually too heavy with water, lunch, first aid items, a good knife, and gloves. I always have a two-way radio and extra batteries.

Lately I’ve been using Keen “Targhee” hiking boots and gaiters, but I don’t use spikes. I’m still nimble with good balance, but my two hiking poles are always a big help on hikes.

I probably have a pretty good sense of direction for most of the Oahu trails but have two or three gps apps on my iPhone just in case.

I always have an energy bar or two in my pack, but rarely snack unless it’s a strenuous hike. My wife, Melvine makes these awesome sandwiches that I enjoy for lunch on the trail.

Do you have concerns about the FUTURE OF HIKING in Hawai’i?

During my time on the HTMC board, I tried to promote a few themes that I had learned over the years. One of them was that for non-profits (like HTMC) to thrive into the future, they had to be managed like a business. We tried strategic planning to see what our members thought about the future of HTMC. That scared some people, but I think recent presidents have moved the club in that direction.

Our by-laws mention that one of our activities should be to influence individuals, other organizations, and the government to support our purposes of conservation and protection of hiking trails. I believe in the Fred Boll philosophy that support possibilities can be developed through relationships. If we aren’t already working on this, we should expand our relationships with organizations and government groups who can help us. One example is the Trust for Public Land, a key enabler in the purchase of private lands for conservation and recreational purposes in Hawaii and elsewhere. We should be making an annual contribution to this organization.

Tom was born and raised on Oahu, and lived on the slopes of Punchbowl until he was ten and moved to Kaneohe. He remembers seeing Pearl Harbor from Punchbowl and was born a few months before the start of WWII. Tom spent his teen years on the windward side and explored many of the areas that HTMC hikes today. Most of it was pastureland.

He graduated from Maryknoll High School in 1959 and entered the University of Hawaii’s engineering program. After several years of science and engineering courses, he graduated with a degree in Business Management.

Tom was hired by Hawaiian Electric Company (HECO) as a mail clerk, and enjoyed 37 years there in very rewarding and varied roles, retiring as the Manager of Facilities. One of his most memorable job roles was taking the lead in HECO’s purchase of its first electric vehicles, and he drove an electric company car for several years. Tom spent several years on the Board of Goodwill Industries, and since then has devoted most of his time to a life-long hobby of raising ornamental game birds (pheasants)–including a few years when he  raised hundreds of ringneck pheasants for the DLNR’s annual hunting program–and hiking with HTMC and Solemates. Tom says that the key to his full and satisfying life is the loving care given him by Melvine, his wife of 57 years. Together they raised 4 children who still live in Hawaii. 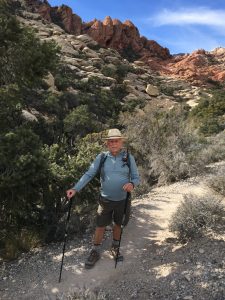