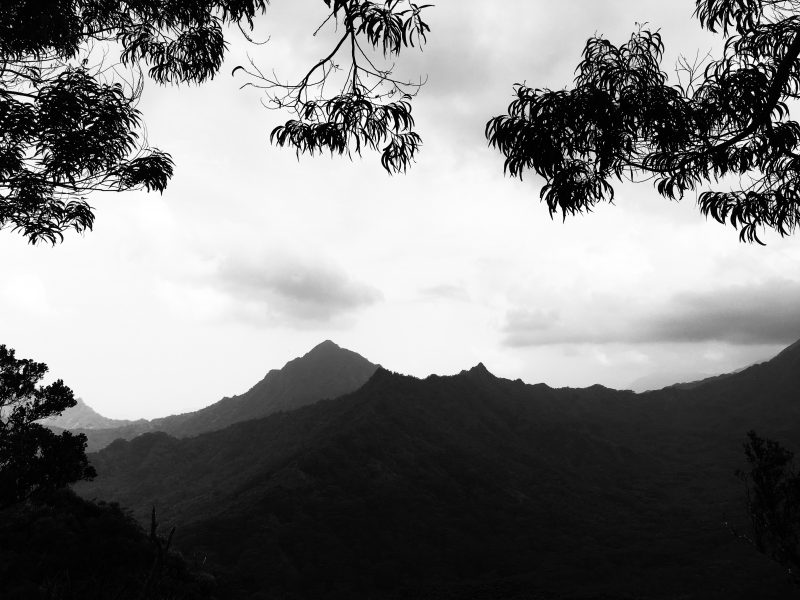 On September 26, 2021 a group of HTMC hikers headed into Kahana Valley to climb to a saddle below Pu’u Ohulehule. Along the trail the discussion turned to the historic incident when two Danish hikers who were lost in Kahana back in 1999 and the incredible story of a few HTMC Members who aided in their rescue. Below are links to some articles and write ups that document the 1999 Kahana rescue. 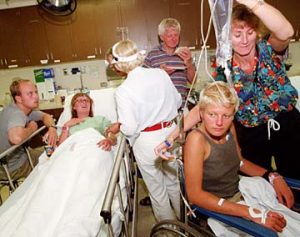 19990823 CTY – Anitta Winther (right) being carted away for a shower as friends and family gather around Marianne Konnerup in Kahuku Hospital on Sunday following the pairs rescue from an eight day ordeal in Kahana Valley. SB photo by George F. Lee 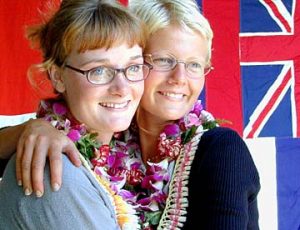