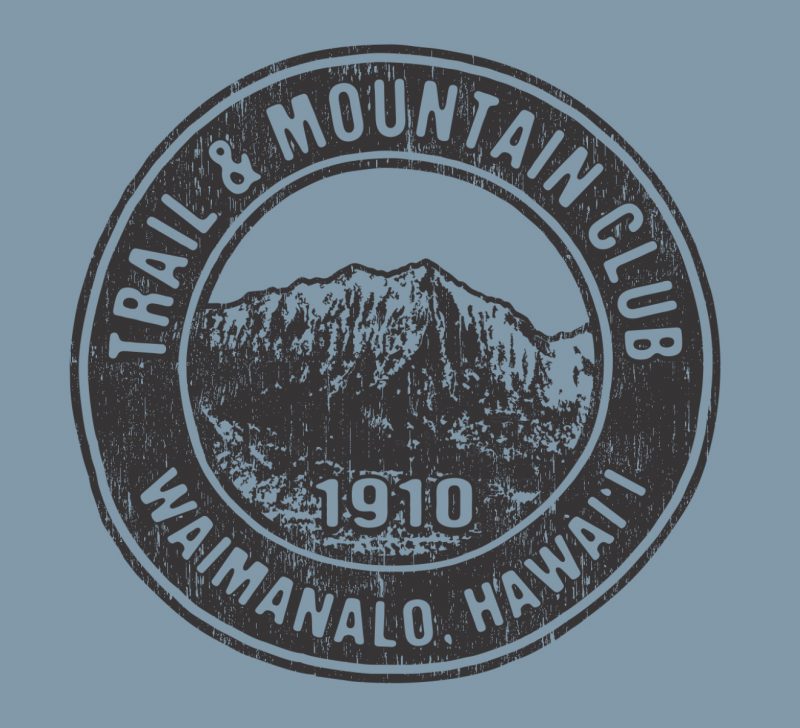 Its Aims, Progress and Desires

If you are fond of walking, cycling, camping of horseback riding, join the Trail and Mountain Club, which is now ready for business, is opening up trails, erecting camp houses and organizing tramping parties.

The Trail and Mountain Club was organized April the fifth in the rooms of the chamber of commerce. It has already completed its important committees on each of the islands and will now arrange for outings and week-end tramps.

The club has now in press its first bulletin, a booklet that contains the constitution, list of officers, and the committees, as well as the names of the charter members.

The following is the list of officers and charter members, and the secretary requests that if there are any mistakes or omissions, that he be notified at once by postcard or letter, that correction may be made before going to press:

The Waterhouse Trust Company acts as trustee for the club, and G. H. Tuttle is historian.

Every member of the Trail and Mountain Club, and in fact, anyone familiar with trails and traditions in the Islands is requested to forward any such, or other interesting information to the corresponding secretary for use in the club bulletin, which will be issued from time to time, and otherwise. Accurate maps of trails, native and others, are particularly desired as the club is now preparing a set of cuts of these.

Every well-wisher of the Trail and Mountain Club is asked to assist in promoting the object of the club, which is “to encourage intimate acquaintance with Outdoor Hawaii.”

Already much has been done along this line by enthusiastic club members. W. R. Castle is building a rainbow trail several miles in length form the end of the Emma street car line up over Konahuanui and Olympus and down into Manoa Valley to the end of the Manoa car line.

So far this trail is completed from the Emma street end to the heights above Pauoa Valley, along the sides of Tantalus to the head of Pauoa Valley. Here Mr. Castle is building a club resthouse, where members may spend the night and secure a good warm breakfast before starting out on the real trip for the day.

Engineer Rowell is now seeking the easiest grade over Konahuanui and Olympus, and workmen will soon clear the path.

From Nuuanu, Mrs. C. M. Cooke will construct a trail that will lead from the Pali road to the Castle club resthouse at the head of Pauoa Valley.

The Clive Davies trail already leads over Pacific Heights to a junction with the Castle trail. From Palolo Valley the Kaimuki Land Company will build a trail toward Olympus to meet the Castle trail, and this company is also putting in order the resthouse at Palolo Crater, and is constructing a trail from the mouth of the crater by the Seven Falls down into the main road of Palolo Valley.

The club members have a third resthouse and camping place on the ridge behind Honolulu, the Hon. S. M. Ballou having turned over the key of his Tantalus home to the secretary of the club. This house, which occupies one of the most beautiful locations on the ridge, will be enlarged and used for week-end camping parties.

Information and maps of all the existing trails leading from Honolulu to the mountains are particularly desired by the club officials, and any suggestions will be thankfully received from members or others.

Halfway up Kalihi Valley Allan Herbert has built a trail up the mountain side, and at the top a camp, while along this trail he has erected several thatched resthouses. This he turns over to the Trail and Mountain club.

Up the Waikiki side of Manoa Valley, Charles Desky is cutting a trail to the famous Manoa-Palolo cave, and this, with the cave, which is a resthouse in itself, he and Mr. Dillingham turn over to the club. These gifts are all acceptable, as it is hoped that in time the club will hold in trust for the public network of connecting trails, with resthouses every few miles, where the tramper may stop for rest, food or shelter for the night.

side of the Island to the top of the ridge.

James B. Castle has built several miles of trail along the Koolau range and a resthouse, which he turns over to the club. Army engineers are cutting connecting trails, and all these will come under the care of the Trail and Mountain Club.

Sign posts will be erected at frequent intervals and men employed by the year to keep the trails clear.

These are but some of the encouraging aids offered the tramping club on the Island of Oahu. The Rapid Transit Company will put up intelligent signs along the line wherever the tourist or tramper may alight near a trail, giving him information how to ge there and telling him what he will see.

In everyway the plan to make outdoor Hawaii known to all is receiving encouragement.

If you can aid in your locality, don’t be bashful in coming forward. Every little helps, if it only a few yards of  trail or a deserted shack that might be turned into a resthouse.

On Hawaii, Maui, Kauai and Lanai trails and resthouses are being given to the club, and the work of organization is being carried on. Interesting meets and outings will be a feature of the Trail and Mountain Club, which invites correspondence from every part of the Islands, as it is prepared to publish a series of accounts of tramping trips.

If you have had a pleasant outing along a trail anywhere in the Islands, send an account to the club.

If you have taken pictures, so much the better. Send these with the date (?) to be either published or at least put on file for others to study who intend to follow the trail.

Membership in the Trail and Mountain Club is open all who love outdoor Hawaii or who wish to see the natural scenic beauties preserved for the edification of all. If this interests you, send in your name as a proposed member of a club, every member of which believes in outdoor Hawaii