Rest in peace Gerald Leao – a remembrance from John B. Hall 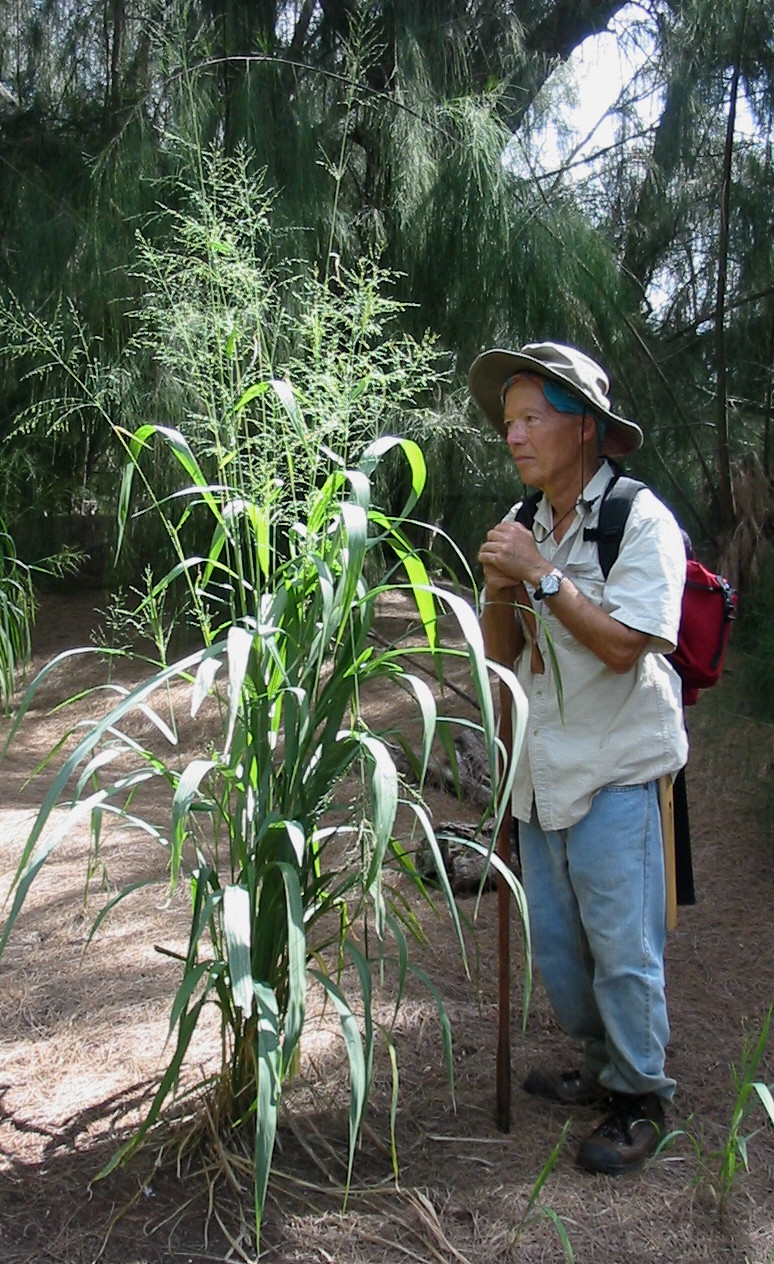 Gerald and I both joined HTMC in 1962, which, I think, made us the
members who have been in the Club the longest. Gerald has not been
very active in the Club for the last few years, but tried to do his
part when he was physically able. He worked with the trail crew for a
number of years until he was barred by Mabel due to his inability to
learn which plants were native and not to be cut versus the ones that
were fair game, and to his tendency to cut trees Mabel had left as
hand-holds on steep slopes. His intentions were good, but he had his
deficiencies!

Gerald did a lot of exploring on his own and tried to find new routes
that the Club could develop into trails. One was the ditch trail that
leads off the Waimalu trail about a half-hour into the hike. This
runs up a side valley that carries the Waimalu ditch before it tunnels
through the side ridge to return to the main stream. This side trail
leads to a (usually dry) waterfall. We also worked out routes to the
ridge top that separates this side valley from the main Waimalu stream
and along the top to Burnt Ridge where a trail down the side rejoins
the main trail. However this section proved too difficult to
maintain. It is possible to make a nice loop hike, however, from the
top of Onikiniki Ridge down to a spot just above the waterfall and out
to the main Waimalu trail, and this is still in use.

For a number of years, at Geralds suggestion, we explored the
possibility of accessing the Waiawa trail from Manana. We worked out
a route, but the extra distance was too great for a feasible hike.
However, our explorations in this area led to the development of the
‘Iliahi Ridge trail and loops. We also explored and cleared the
Halapepe Nui trail, another project Gerald initiated. In all, I don’t
know how many trails Gerald tried to develop for Club use. I know
there were several variations on the Halapepe Nui trail that he
explored and we worked out. But there are likely to be others that
I’ve forgotten.

More recently, Gerald was obsessed with the trail up the ridge behind
the gated community on Onikiniki St. Once a month we would hike up
this trail to where the uluhe began and then work on hand clearing a
trail through the fern. After 8 months or a year, the trail we had
cleared at the beginning would be getting too badly overgrown again,
and we would have to start at that point and begin again. I was never
sure quite what Gerald thought our goal was, but I loved being out on
the mountain and it was good exercise. I don’t know how many years we
spent on this project – quite a few – but it ended about 2 years ago
when Gerald had an accident and couldn’t hike comfortably. He always
hoped to get back, but never recovered completely, and now he is gone.

Gerald Leao was one of the Clubs many eccentrics. Rest in peace Old Friend!

Photo by John B. Hall

I think this is the only shot I have of Gerald. It was intended to be in my book to give scale to the size of the grass, but they cropped it to cut Gerald out!