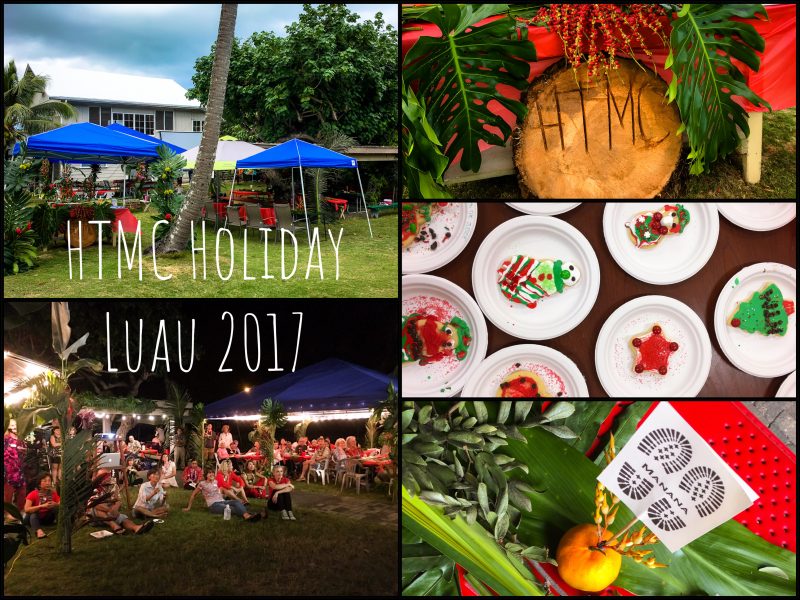 Our annual HTMC holiday luau was on Saturday December 9, 2017 at the Waimanalo Clubhouse. Over 100 people attended, setting a record for this event.  This was a volunteer run event, with set up on Friday, Saturday and tear down on Sunday. Special thanks to the following people who were on the committee:

Mahalo to the HTMC Trail Clearers for their hilarious performance of “twelve days trail clearing Mike Algiers gave to me” song!